One of the largest restoration projects on the upper Kennet was completed between October 2009 and March 2010, when the hydromorphology of a 2km stretch of the river downstream of Denford was extensively remodelled in 11 sections by Cain Bio-Engineering Ltd., funded by the Environment Agency and Natural England.  A case study from the contractor can be found here.

Starting at the first section, a stroll downstream between the river and the canal at The Gatehouse, just to the east of Hungerford where the River Dun joins a branch of the River Kennet at SU 352 682, demonstrates some of the remedial river engineering techniques that have been applied, but just in case you thought it might be a worth having a closer look at this relaxing and beautiful place by means of a gentle summer paddle... 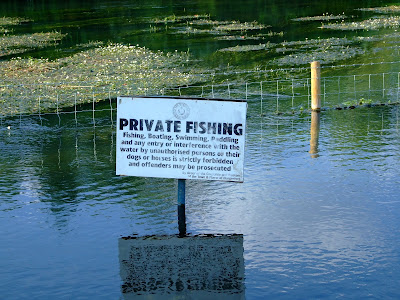 New fencing, but the same old sign.  Access rights are restricted by antiquated 'laws' that uniquely protect the rights of "commoners" over the general public (this will be the subject of  future post)... 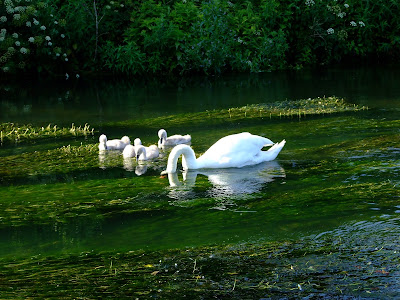 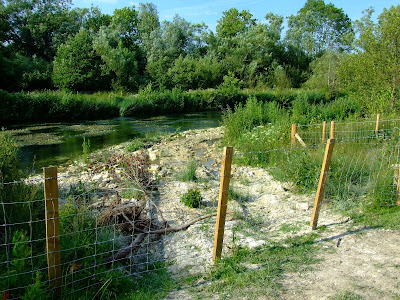 At the end of June 2010 it was still possible to identify man's hand (or at least his vehicle's tracks) in the restoration process. 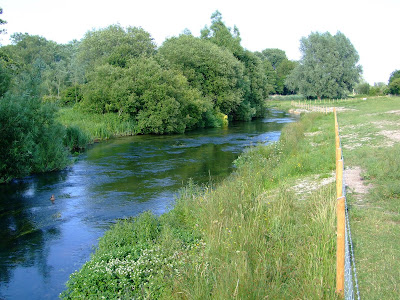 Ranunculus growth is the sign of a healthy chalk stream; more would always be welcome.  The new fencing is to protect the banks from erosion during periods of grazing by "commoners". 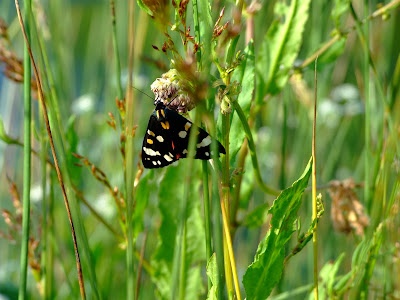 Scarlet Tiger moths inhabit the edge of the river in the early evening sunshine. 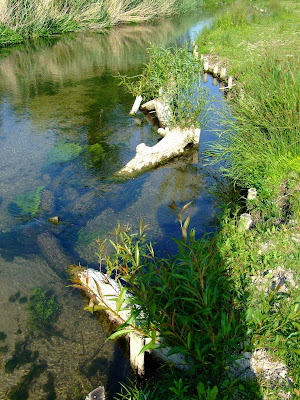 Narrowing of the channel with bank reinforcement has increased the flow rate and, together with such as the deposition of large woody debris (LWD) with combined in-stream willow growth, it is clearing silt and algae from the bottom to leave 'gin-clear' water in which trout are readily spotted (this is probably not such a good thing if you are a trout, but I'm sure they appreciate the improved water quality). 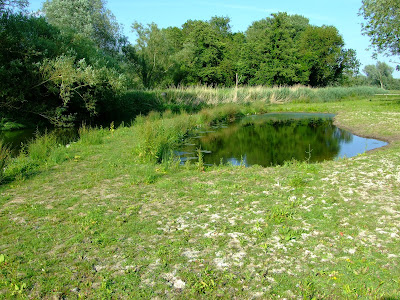 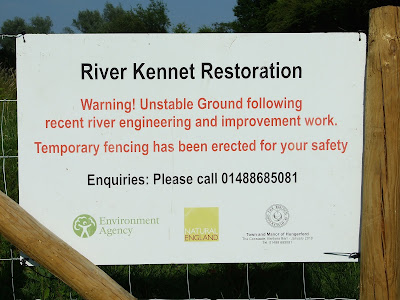 ...but just after you pass this sign (to remind you who's paying for all the work) by the style over the fencing... 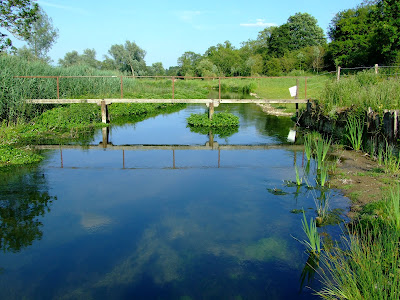 ...you reach this bridge and the start of the Avington Estate. 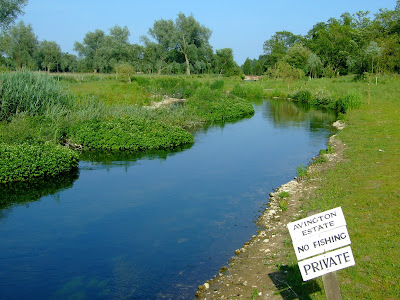 From this point your view of the further sections of the restored River Kennet depend on your eyesight.
I have no complaint that money is being spent on restoring the quality of a classic chalk stream river before it is destroyed (and the EU rubs salt in the wound of our loss by fining the UK for the neglected state of our waterways).
The bit that sticks in the throat here is simply that the majority of the restoration works are inaccessible to the public who have paid for them via taxation from which the EA and NE is funded.  Whilst, in the broadest general sense, we all benefit from the revitalisation of our chalk stream rivers, and it is not questioned that this section of the Kennet appears to have been substantively improved by these innovative works, private fisheries are effectively receiving direct economic benefit from those they exclude.  If you think this is possibly iniquitous, you might also want to note that the contractor, Cain Bio-Engineering, is a founding member of the Wild Trout Trust.
Posted by Atrebate at 19:45