Christmas paddling on the River Kennet

For those lucky enough to have some time off over Christmas, the lower River Kennet is looking likely to be in good form for paddling on it's riverine loops and detours, but the raised water levels are combined with a large number of potentially dangerous tree falls.

The BBC weather forecast for Newbury is currently predicting heavy rain on Wednesday 19th and Thursday 20th, with light rain anticipated daily from Friday right through into Christmas Day, the following Tuesday.  Taken with the ground water levels lying in the saturated valley, river levels are like to remain in the upper quartile of their normal range, if not well above in certain locations.

A quick tour of potential holiday paddle points illustrates what might be found. 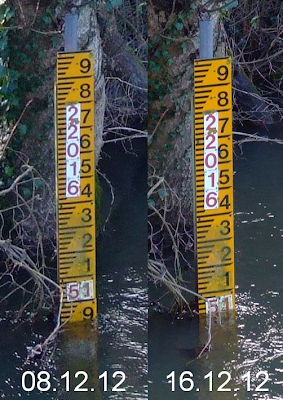 The gauge above Padworth Bridge shows that there is plenty of water in the run down to Ufton. 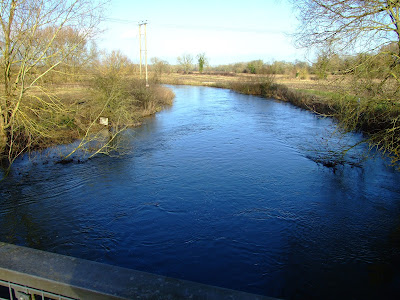 The River below the bridge was running deep and wide today. 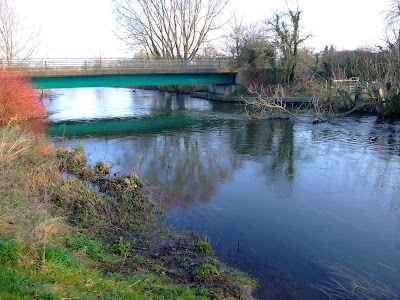 Easy to put in just above the bridge river left where the overhead power lines mean that there shouldn't be any conflicting use by anglers. 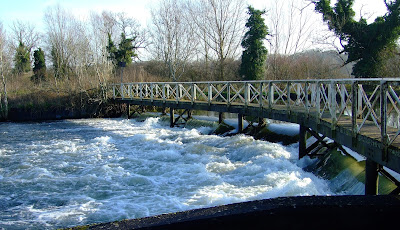 Sulhamstead Weir was helping to balance raised levels on the canalised sections of the Kennet Navigation last weekend.  Remember that if you decide not to portage, you'll have even less headroom under the footbridge, less time to pick a route, and limited visibility of the anti-scour boulders that lie beneath the weir. 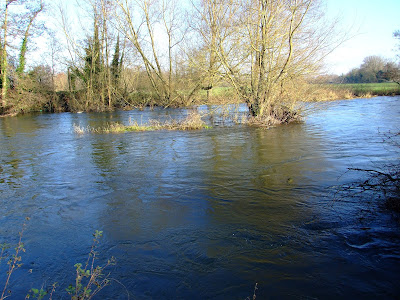 Downstream of the weir, the island was disappearing rapidly.  The main channel flow is river left (next to the public footpath),... 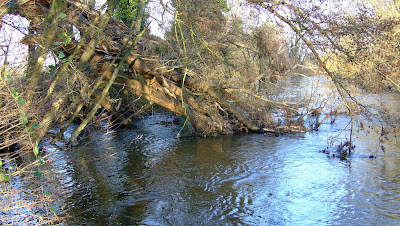 ...but you'll need to go river right as the Kennet turns sharply right below the weir to avoid this solid obstruction. 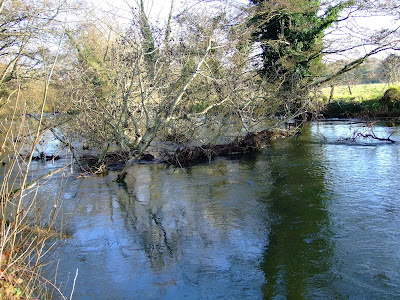 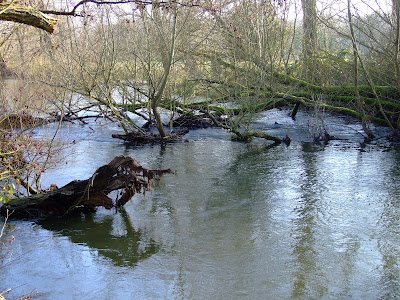 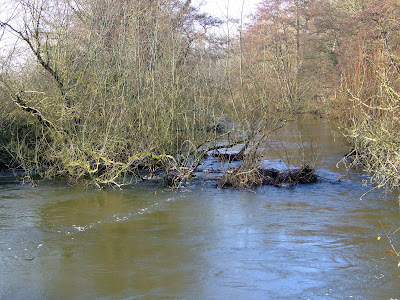 View from upstream, left bank. Other tree falls further down this section have been partially cleared of debris by the recent flow rates and are negotiable, but there is less time to pick your line due to the flow rate.
Southcote loop.
This section is now more accessible as the height of the weir pool has significantly increased by comparison to normal levels, but there are significant strainers along this section. 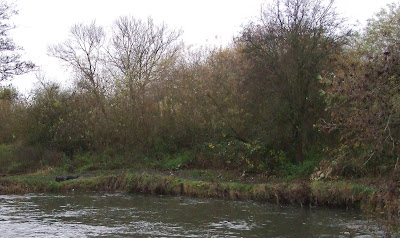 At more usual levels the narrow public footpath to the right of Southcote sluice weir requires caution to prevent falling over the bank (image from 2008)... 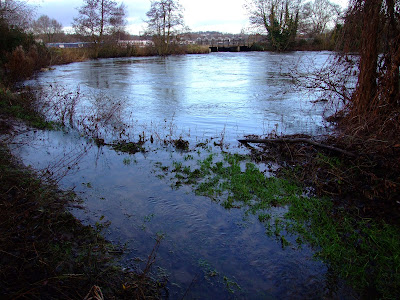 ...but today the water was over the footpath, which would provide any easy put in to this section. 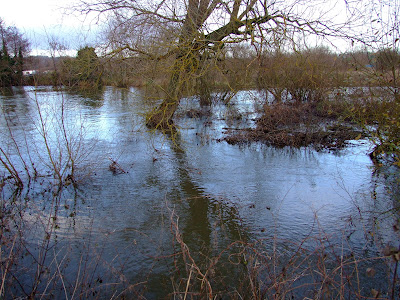 The normal choice of channels is normally fairly obvious but current water levels have produced a range of increased 'options' (head river left below the weir pool for the main flow)... 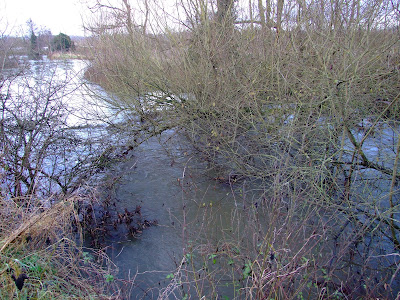 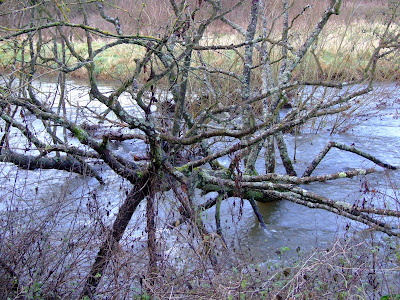 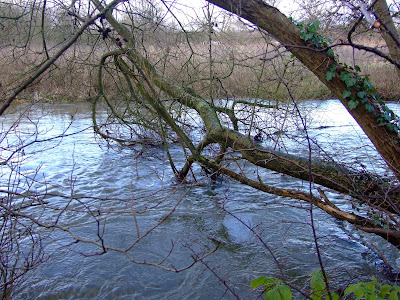 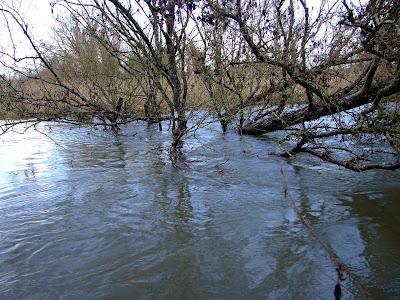 ...and beware of the multitude of potential strainers.  After the first few tree obstacles where the footpath above the right hand bank remains inaccessable, the heightened river level provides for easier portage options.
Posted by Atrebate at 21:21