Almost a month on from the last post which recorded what was then record-breaking high water levels, and the River Kennet has continued to experience substantial flow rates and over-topped banks making canoeing and kayaking an unusually risky venture on this normally benign waterway.

As of today the Canal & River Trust continue to advise that "We would not recommend navigation until further notice" with regard to the Kennet between Newbury and Reading.

In additional advice updated last Tuesday (04 February 2014) it is noted that "Due to high flows and flooding along the canal from Kintbury to Reading, the Canal and River Trust advised on 24th December that the canal is unsuitable for navigation until further notice.

From Kintbury down to the end of the canal in Reading the water can be particularly hazardous for boats, including canoes and kayaks, during current conditions. Sluices and weirs, like the one at Dreweatt’s Lock where we have already recorded canoe incidents during the last week, are running at full capacity and will draw boats (including large narrow boats) onto them. Sluices and weirs have the potential to disguise underwater obstructions, and can create irregular underwater turbulence that is not present in normal conditions. Feeder streams, like the Pear Tree Brook and the River Kennet, create significant turbulence where they enter the canal.

Additionally, much of the canal infrastructure is currently submerged and therefore impossible to use; for example County Lock (Reading), Widmead Lock (Newbury), and Fobney Lock (Reading). Many landing stages and extensive lengths of towpath are currently being overtopped. Finally, extremely high flow rates are hazardous; the flow rate in Newbury is currently exceptional and canoes have had difficulty negotiating Ham Bridge, Newbury, where portage is not presently an option."

At 04:30 this morning the EA gauge at Barbel Bar was at 1.59m, beating the 1.57m record level previously recorded at this location, but by then it was already falling off slightly from a late night plateau. 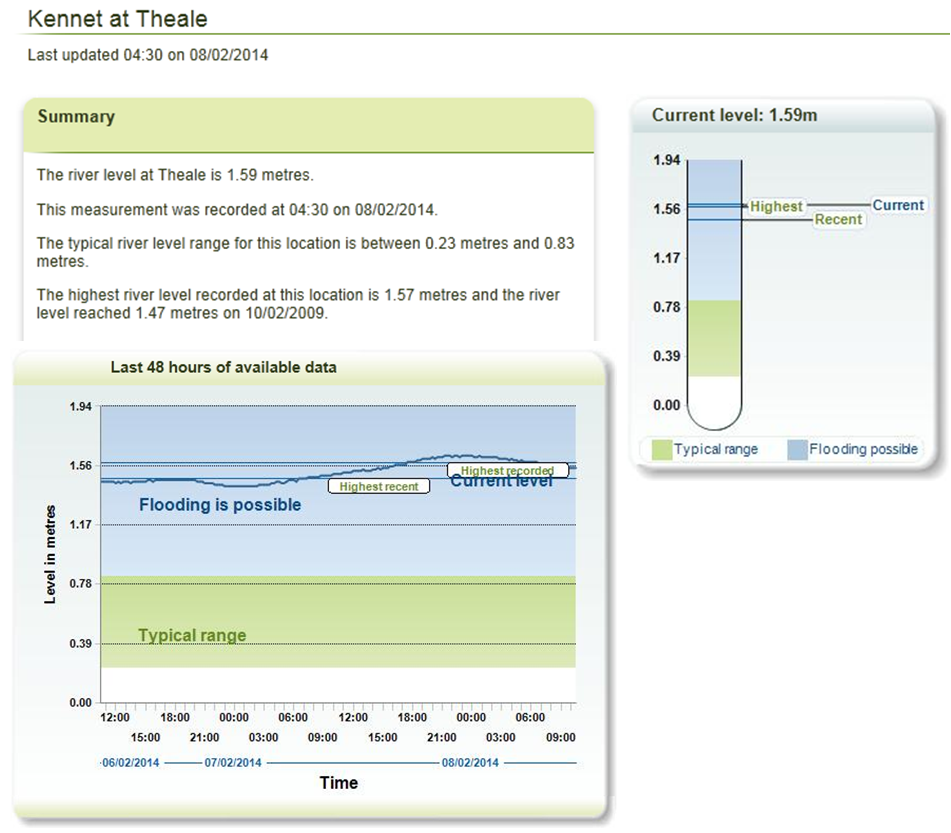 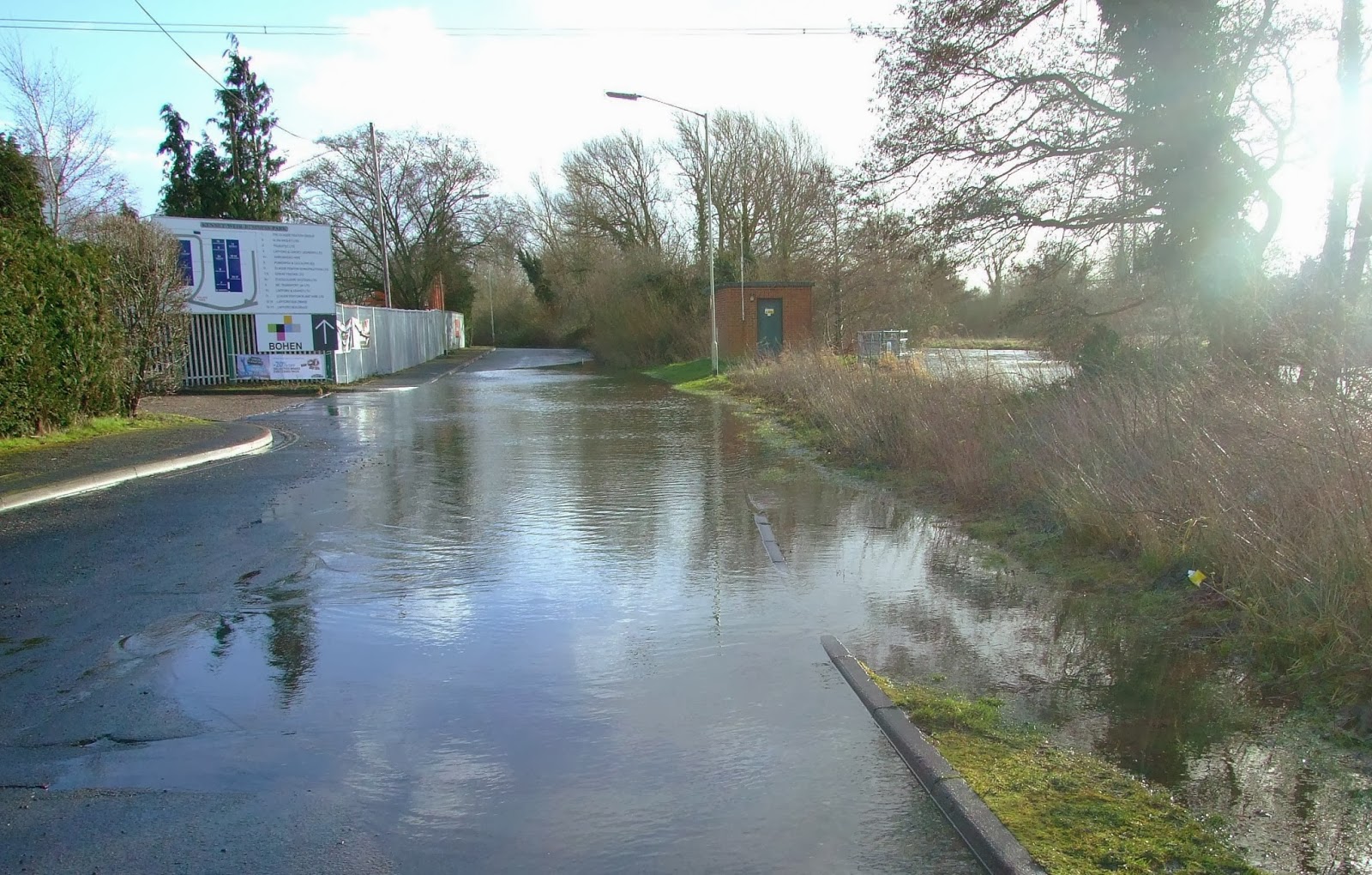 The approach along Arrowhead Road to Barbel Bar at just after 09:00 this morning... 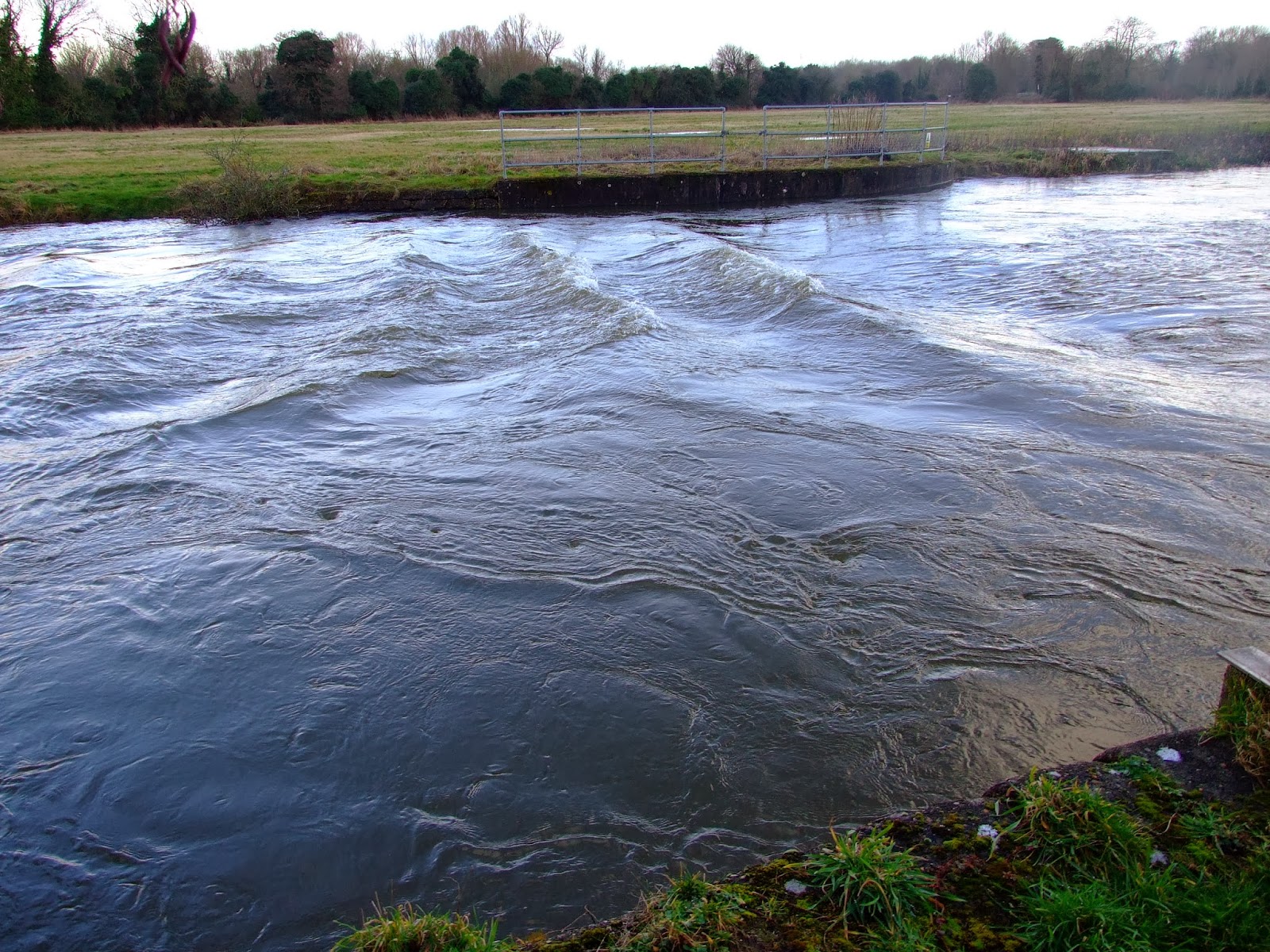 ...and the weir washed out.